Skip to content
This post contains affiliate links & I’ll be compensated if you make a purchase after clicking on my links. Doesn’t cost you anything 😉

Determining what herb plants are safe for cats can be a big advantage when planting your garden. I decided to start cultivating my own green thumb this year, and began making big plans for my outdoor space.

When it came time to select herbs, I did some background research and discovered that many herbs are considered toxic to cats! I was blown away, since some of the herbs on the list are considered very healthy for humans.

Well, in short: basil, great willow herb, chervil, cilantro, dill, rosemary, sage, and stevia are among the most popular garden herbs that are considered to be non-toxic to cats.

Because these have been shown not to invoke physical symptoms in felines, exposure to these herb plants is considered safe by the American Society for the Prevention of Cruelty to Animals (ASPCA).

These herbs are commonly found in backyard and patio gardens. However, there are many other wildly popular herb plants—many of which are used in everyday cuisines—that are considered quite toxic to cats. Exposure to toxic herbs can trigger some disturbing symptoms in cats, so knowing the list of toxic herb plants is important. Plus, since outdoor cats may adventure into neighboring yards, having the ability to identify symptoms from toxic herbs can help you keep an eye on your cat’s health.

Which Herbs Are Safe for Felines?

During the planning process for my new backyard garden, I wanted to make sure that I was only including plants that would be beneficial to myself and my cats. Because my cats are indoor/outdoor felines, they do enjoy exploring the yard several times throughout the day, so I know that there’s a good chance they’ll be checking out the plants in my garden.

While creating a list of my favorite herbs, I found many that would be safe to include in the garden.

First off, basil tops my list as one of the herbs I often include in my home cooked meals. Basil, known by its scientific name Ocimum basilicum, has many different varieties, meaning you can provide a great diversity of flavors in your herb garden, knowing that they are all safe for your cats.

Chervil is another herb that the ASPCA considers non-toxic to cats. With a scientific name of Anthriscus cerefolium, chervil is also identified by its other common names, garden chervil and French parsley.

Another herb that closely resembles chervil is cilantro—both share the flat, frilly green leaves. In addition to its scientific name of Coriandrum sativum, cilantro goes by many other common names, including coriander, Chinese parsley, and dhania. If you’re a fan of cilantro like me, then you’ll be thrilled to know that this herb is also safe for cats.

Dill, known as Anethum graveolena, is also considered safe. However, limited exposure is suggested for this plant, as excessive, prolonged exposure can cause a mild aggravation to the skin for some felines. Dill still makes the list as non-toxic to cats, though, because moderate exposure is considered safe and very unlikely to cause skin irritation.

Easy on the eyes with its pretty pink blooms, great willow herb provides a pleasant addition to an herb garden with its flowers. Non-toxic to cats, this herb is safe to include in a cat-friendly herb garden. Great willow herb is also known as blooming sally, fire weed, and Epilobium angustifolium.

Rosemary, or Rosmarinus officinalis, is also a hugely popular herb used in many different types of cuisine. Also known as anthos, rosemary is considered non-toxic to cats, so you can include it in your garden planning list.

As I continued putting together my list of cat-friendly herb plants, I have to admit that I was a little hesitant to check the toxicity of sage, since I adore cooking with this herb. But to my relief, sage, Salvia officinalis, is considered non-toxic to cats.

You can also breathe a sigh of relief if you were interested in growing stevia in your home garden. Stevia rebaudiana, also known as sweet leaf and sugar leaf, is a safe herb for cats.

In addition to these, there are many other plants that are considered by the ASPCA to be non-toxic to cats (resources at the bottom of this page). These, however, are by far the most common species that are included in home herb gardens, so you can safely include them in your cat-friendly garden plans.

Which Herbs Are Dangerous for Cats?

While researching the toxicity of common herb plants, I was truly surprised by the number of herbs that ranked as harmful to cats. Unfortunately, many of these herbs are also commonly used in home cooking and home gardening. While many of them are known to have health benefits for humans, these herbs can have devastating effects on our feline friends.

Bay laurel, for example, is a garden herb commonly grown for use in soups. This herb, also known as Laurus nobilis, sweet bag, bay tree, tree laurel, laurel tree, and laurel, is toxic to cats, so it should not be included in your garden. Bay laurel is also considered dangerous because the leaves can cause choking and obstruction in the cat’s intestines if eaten whole.

If you’re a tea drinker, you may be disappointed to learn that chamomile is not safe for inclusion in a cat-friendly garden. Chamomile goes by many names, including manzanilla and barnyard daisy. Perhaps the most dangerous herb commonly used in home gardens, chamomile contains several distinct toxic principles that can trigger a wide variety of severe responses in your feline.

Don’t plan on including mint in your herb garden either. Garden mint, which comes in several varieties and is often planted for use in homegrown tea, can create gastrointestinal issues for your cat.

Chives are also a dangerous herb for cats. Also named Allium schoenoprasum, this herb carries extreme toxicity which can lead to severe health concerns in cats.

Many folks are aware of the soothing effects of both eucalyptus and lavender on people, and so it’s no surprise that many mistakenly assume that these herbs would benefit their felines, too.

However, both eucalyptus and lavender are considered toxic to cats, making them very dangerous plants.

Oregano is another shocker that lands on the list of herbs that are dangerous to cats. The gastrointestinal irritants found in Greek oregano, Origanum vulgare hirtum, strikes it from making the list of plants to include in a cat-friendly garden.

In addition, both lemongrass and lemon verbena are other no-no’s when it comes to cultivating an herb garden that is safe for your feline to prowl through. While they both include the name lemon, these two herbs—Cymbopogon citratus and Aloysia triphylla—aren’t actually related. What they do share, however, is an abundance of naturally incurring essential oils that can cause severe stomach issues for your cat.

There are many more garden plants that can pose problems for your feline.
Always do your research before assuming that a plant is safe!

What Makes Some Herbs Dangerous?

For example, many herbs are classified as toxic for cats when they are perfectly safe for humans.

This is because there are certain essential oils that occur naturally in plants. While humans have the ability to come into contact with these essential oils safely, cats simply don’t have the same natural reaction.

The toxic principles of some of the herbs listed as dangerous stem from their natural essential oils and acids. For example, oils like eugenol, bisabolol, chamazulene, linalool, and linalyl acetate are quite volatile when introduced to a feline system, as are anthemic acid and tannic acid, found in chamomile.

Toxicity can have severe consequences on internal feline functions. Some, like N-propyl disulfide, can even cause the breakdown of red blood cells, which is an extremely dangerous change in the body.

Some toxic elements can also trigger allergic reactions, such as contact dermatitis. This can affect the skin by causing painful, bothersome patches of red, itchy, inflamed skin. In many cases, cats that experience contact dermatitis are unable to rest because of the incessant itching, blistering and scratching.

Another dangerous element for felines is the inability to swallow or process the leaves of a plant.

Curious cats may be interested in taking a bite out of herbs, and if the herb has a large, rough leaf, like bay laurel, it can create an obstruction in the throat or digestive tract. A cat may find that it simply can’t swallow or process a leaf with this challenging texture, which can lead to all sorts of internal issues.

For all of these reasons, some herbs are downright dangerous to cats, while others aren’t. The safety of herbs heavily falls on the plant’s chemical components, essential oils, and physical makeup.

What Are the Symptoms of Unsafe Herbs?

As a pet owner, you probably do all that you can to protect your furry friends. However, as most outdoor cat owners know, you can’t control where your cat roams when you aren’t looking. In case your cat comes into contact with an unsafe herb from a nearby yard or park, it can be advantageous to know what symptoms to look out for.

Long-term effects of harmful exposure to dangerous herbs can include liver damage.

While you may not be able to notice this symptom clearly, discuss the possibilities with a veterinarian if you suggest that your cat’s liver has been damaged due to toxic poisoning from an herb.

Finally, don’t forget that dangerous herbs can cause issues for your cat even if she doesn’t eat them.

Contact with harmful herbs can trigger skin irritation! While many cases of contact dermatitis are mild, if your cat expresses elevated sensitivities, a skin irritation can develop into a more serious threat if not addressed properly.

Can cats eat herbs?
While cats typically do not eat plants that they aren’t instinctively drawn to, they may happen to eat herbs. The safety of this is dependent on the type of herb. Cats should never be fed toxic herbs and should never be encouraged to eat safe herbs in large quantities.

Is chamomile safe for cats?
Anthemis nobilis, commonly called chamomile, contains a significant amount of volatile oils, such as bisabolol, chamazulene, anthemic acid and tannic acid, and is therefore considered unsafe for cats. These toxic principles can cause contact dermatitis, bleeding, vomiting and diarrhea in felines.

Can cats eat cilantro?
Cilantro, known by its scientific name Coriandrum sativum, is listed by the American Society for the Prevention of Cruelty to Animals as a plant that is non-toxic to cats. However, it is not recommended to feed excessive amounts of plants to cats, as felines benefits from having a healthy, well-rounded diet. 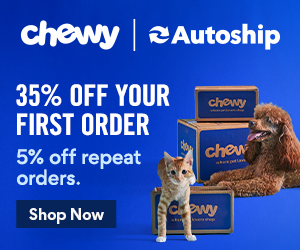